I have been quiet on the blog for quite some time now. And with good reason (I think)….The last few months I have been working on a really fun but hopefully impactful new project 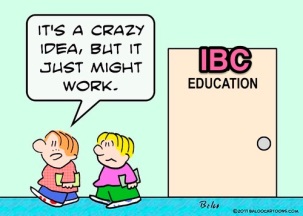 with the IBC Network, and today we finally unveiled it to the world. Those of you on my facebook or twitter have probably already seen the news, but in case you missed it tonight……well, we have built a pair of educational mobile apps for iOS and Android about IBC aimed at patients and even medical providers who are not experts in IBC treatment.

The app has a number of features including  a lot of written content (not found anywhere else online or in print), a link to our soon-to-be-started youtube channel, and probably most importantly clinical trial information for IBC patients. One thing I hear over and over again in the patient support groups I volunteer in is that when standard treatments stop working, they get told to “find a clinical trial” by their oncologist but not given any tools to do so. Perhaps if they are lucky, a broad class of drugs might be mentioned – e.g. immunotherapy, but little help on specifics, and definitely not help finding trials outside of the location the patient is currently being treated. Government databases exist with this information (clinicaltrials.gov), but it is not presented in a patient-friendly format, and just narrowing down the appropriate options can take many hours of intense work, at a challenging time in a woman’s life. This is the problem we seek to address with the app. The clinical trials currently uploaded to the app consist of all the IBC-focused ones currently enrolling in the US. Many more will be added over the coming months – including ones that may not be IBC-exclusive, but that will take IBC patients, and for which there is reasonable scientific/clinical rationale.

I am really excited that the project has come to fruition after 4 years. I first came up with this idea as I was walking around the poster session at the San Antonio breast cancer conference with Terry Arnold, the founder of the IBC Network in December 2011 – we had just met actually. She had asked me how to differentiate ourselves, or something along those lines…and like usual, I didn’t have an answer right away.  I barely knew the organization and the competitive landscape, never mind have been thinking about new ideas outside of science (remember I was at my first breast cancer-specific conference). But later on that day, I came up with the idea for an app and pitched it based on the fact that I knew IBC tended to affect younger women who tend to be more tech savvy, and I was not impressed with the quality of online information about IBC. With that brief conversation, the idea was created and just took a long while to become feasible. The biggest reason being app development is expensive – and for a non-profit with a main mission of funding research, we could not justify spending a high 5 figure sum of $ on an app.  We were lucky that our recently-hired web developer had a friend who builds apps for a living, and was wiling to build these for us as a favor, for a really reasonable price (a fraction of the quotes we had obtained from different sources). And then we got to work writing the content throughout the fall….

And so, the apps were born. If you are interested, please download the appropriate version for your phone and let me know what you think. We will make some changes/updates a few times a year, and I will be able to upload new content as time allows (for me!) since the app is driven by our wordpress site.